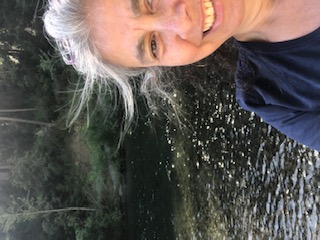 The World Languages and Literatures collection is designed to support the programs of the World Languages and Literatures Department.  The departmental offerings provide a basis for a broad liberal education, a grounding for advanced work in languages, preparation for a teaching credential, and an enhancement to preparation for careers in other areas.

The Department offers BA degrees in Chinese, French, Japanese and Spanish.  Major requirements include at least three years of language study; one year of the literature of the language; culture; as well as other courses selected from morphology and syntax, phonology, diction, and special topics.  A minor, usually in another language, is required.  Minors are offered in Chinese, French, German, Italian, Latin American Studies, Japanese, Portuguese, Russian, and International Business. In addition to the above listed languages, the Department offers instruction in Hebrew and Vietnamese.

The Master of Arts degree is offered in Spanish and French.  In addition, the Department offers graduate work for students wishing to earn the Single Subject Instruction Credential, and the Community College level teaching credential.  Candidates may opt for Plan A, with a thesis and oral defense, or Plan B, with a comprehensive written and oral examination in the target language.  There is also a Teaching Associate Program for Spanish.

The University Library serves as the University's main resource for basic works in this subject area.  Because it is the oldest CSU campus, the SJSU has a moderately good collection of literature and criticism, and the classics. Collection has focused on the languages for which there are Bachelors and Masters degrees. Collection development may overlap with other departments including English & Comparative Literature and Radio, Television, Film and Theatre Arts.

Collection coordination is as noted below in Section IV.  In the area of literature, the SJSU collection has some overlap with similar titles in the King collection of the San Jose Public Library. The SJPL collects popular literature while SJSU only buys works with “literary merit”, popularity being an unexpected bonus.

SJPL has a rich collection of Spanish, Vietnamese, and Chinese language materials which may also be of benefit to SJSU students studying these languages, however, the focus is again on popular works rather than academic.

A.    Languages – Literature, literary history, and literary criticism in both the original language and in English are collected for languages for which SJSU offers a Bachelors or Masters degree.  English language materials are collected more than native languages. Pedagogical and linguistic works are usually collected in English.  Consideration is given to non-English materials when requested by a faculty member to support instruction or research.

B.    Geographical Areas – Materials are collected from those areas whose native or national language is taught in the World Languages and Literatures Department.

C.    Chronological Periods – Materials relating to or originating in all time periods are collected, however  nineteenth and twentieth century materials are collected more heavily than earlier materials.

E.      Other factors – Most of the material collection should be in books or electronic resources.

The book collection is fairly strong in basic undergraduate sources for history, criticism, theory, and analysis of language and literature, particularly Western.  Translations of classics is relatively strong, especially in French, Spanish, and Japanese.  In recent years, with the establishment of courses in business Japanese, Punjabi and Vietnamese, materials have also been acquired to support those courses as well as in business Spanish.

The collection includes many of the major journals which are available electronically in databases.  JSTOR provides access to core journals in Chicano/Latino studies as well as core journals for Japanese and Chinese literature.  Additionally, Latina/o literature is covered in the Latino Literature Database and the Latin American Writers Database. The one database which provides non-English language journals is ARTFL (French language).  South and Southeast Asian Literature is covered in the South and Southeast Asian Literature Databases.  Further coverage of foreign language and literatures subject material primarily in English is featured in such databases as MLA Bibliography, Project Muse, and Academic Search Complete.

Evaluation of Collection – Past Progress and Future Plans

According to Academic Senate Library Policy S15-10, periodic evaluations of the print collection are required to maintain the high quality of the academic collection, with the primary goals of improving the effectiveness of browsing and providing space for new acquisitions. The objectives include relocating materials, and weeding duplicate materials and materials that supported discontinued programs or are no longer relevant for current programs. Evaluation of the Foreign Language collection involves print materials and other media as well.

Databases and Indexes: The library acquires academic journals, magazines, newspapers and other periodicals to support the curriculum of the World Languages and Literatures Department. The vast majority of the library's periodicals are only available online.  The few remaining print periodical titles have been deemed essential.

Films: Films are frequently used in the curriculum of World Languages and Literatures.  Films will be purchased when possible in closed caption format, particularly in the areas of Latin America, French, Chinese, and Japanese culture and language if there is availability and streaming video does not exist.