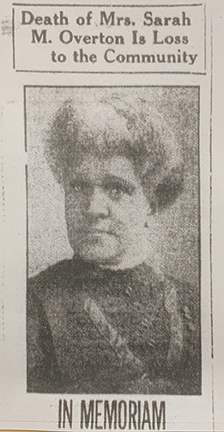 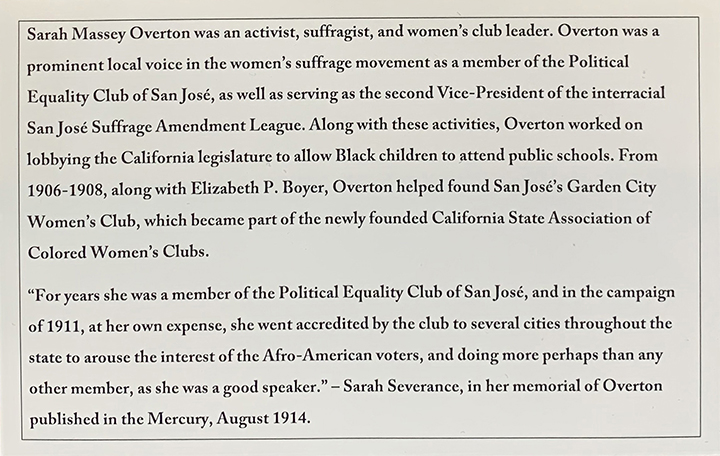 For more information on Sarah Massey Overton, we recommend the book History of Black Americans in Santa Clara Valley. 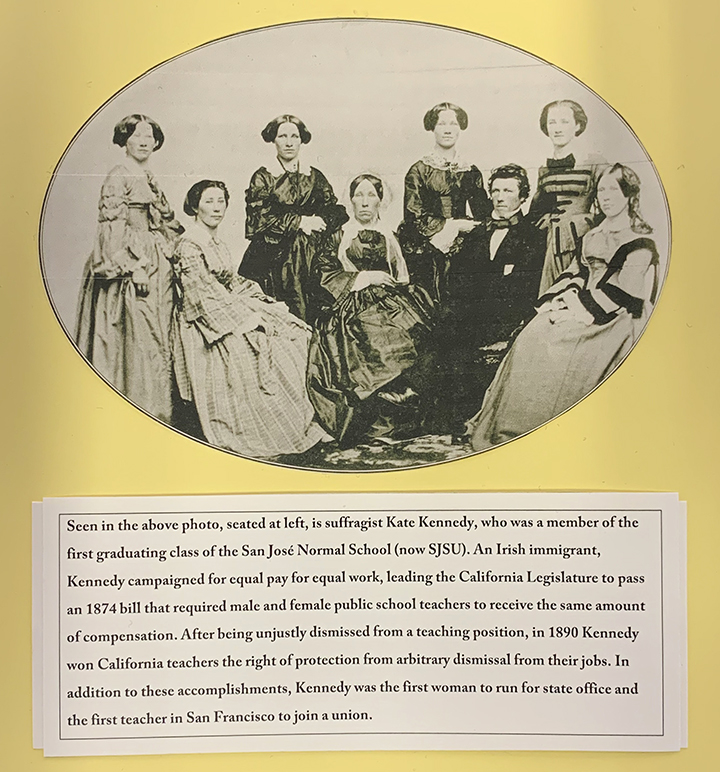 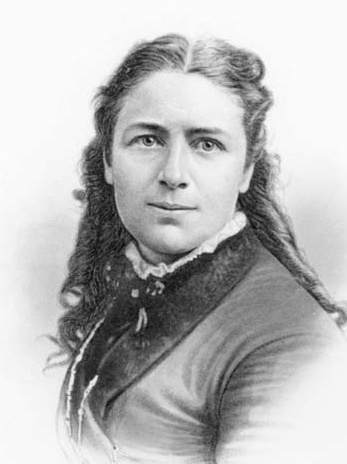 “I believe I have more patriotism in my body than there is in all the men in America who oppose woman suffrage. Such a man is not fit to make laws for me, and I protest against it.” – Laura de Force Gordon, lawyer, newspaper publisher, and president of the California State Suffrage Association. Spoken during an 1895 hearing on women’s suffrage before the California Senate and Assembly Judiciary Committee. 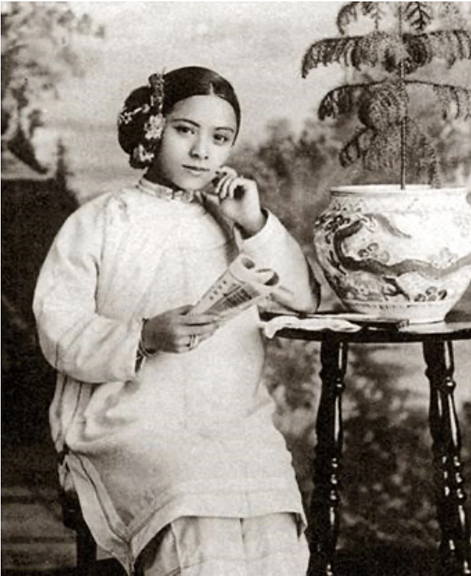 In 1912, Tye Leung Schulze became the first Chinese American woman to vote in the United States, and was known for her social work among the Chinese in San Francisco. In later years, she she became an abortion rights advocate for local women. 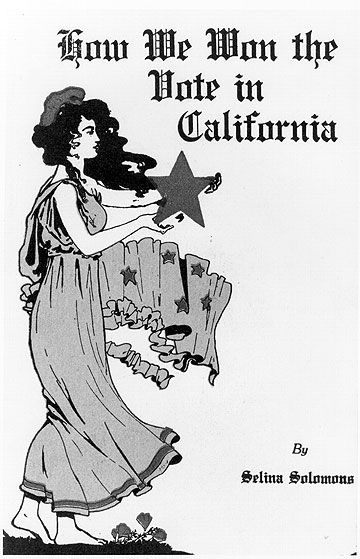 A member of the first graduating class of the San José Normal School was Hannah Marks Solomons. Solomons served as the representative for San Francisco’s Jewish women at an 1888 meeting to decide if women should be allowed on the Board of Education. Solomons’ daughter Selina became active in the California suffrage movement, and worked specifically to attract more working-class women to the cause, along with publishing an account of the 1911 victory entitled “How We Won the Vote in California”. 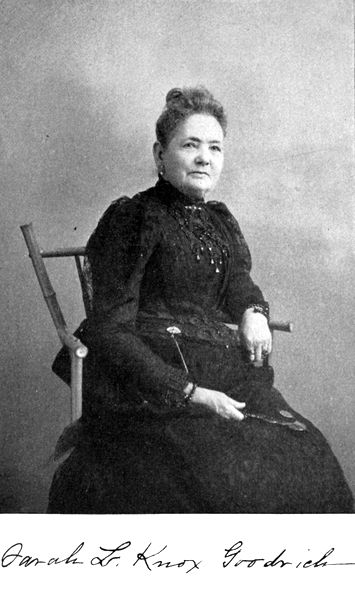 Sarah Knox Goodrich moved to San José in 1863, where her husband, William J. Knox, created the first Bank of San José. Goodrich became active in national women’s suffrage activities, working with the American Woman’s Suffrage Association and the National Woman’s Suffrage Association, among others. In 1869, she organized the Woman Suffrage Association of San José. In 1874, along with Laura J. Watkins and Sallie R. Hart, Goodrich worked to pass a state law that allowed women to hold public, educational office. Knox and her second husband, architect Levi Goodrich, hosted suffragists like Susan B. Anthony at their San José home on South First Street. The historical marker outside the home is available to view at 34 South First St., San José, 95113. 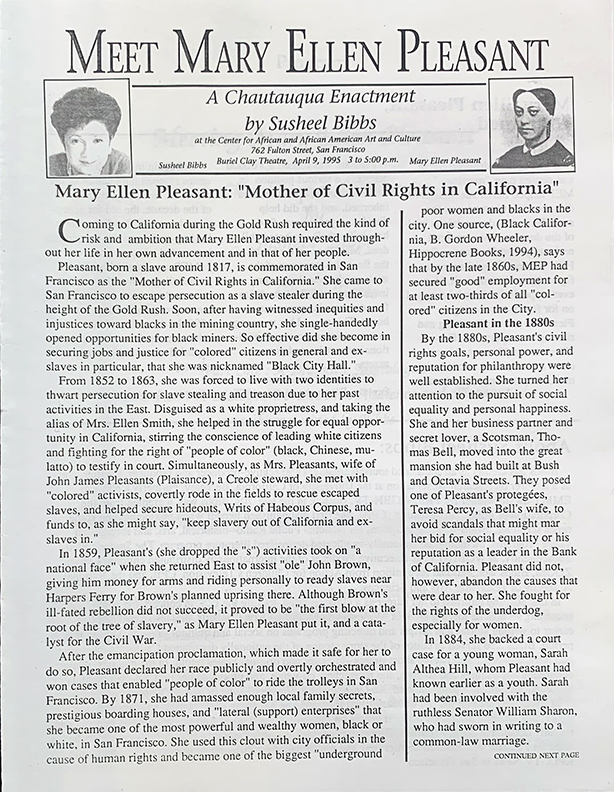 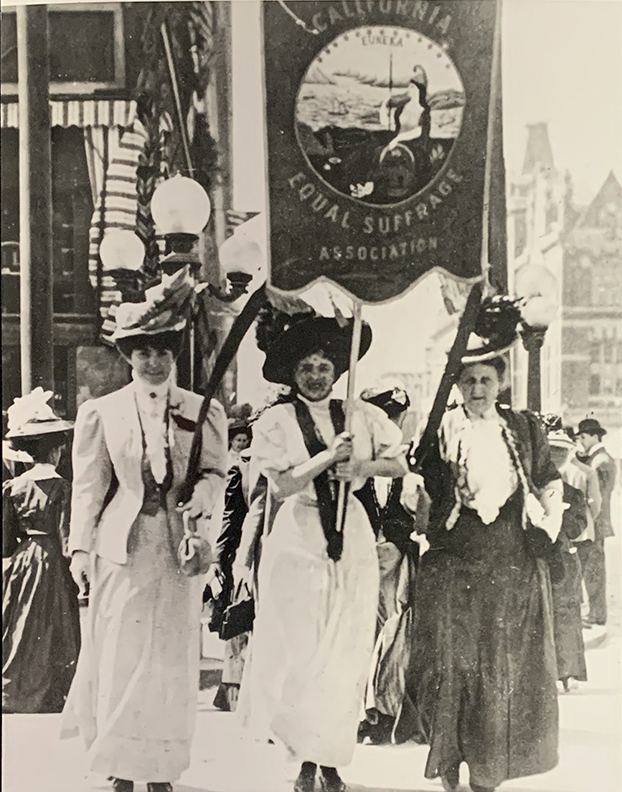 California became the 6th equal suffrage state in October 1911. Before California was won, suffragists waged 10 campaigns in 14 years and only won one state, Washington, in 1910. The California victory was seen as a major breakthrough for the movement.

The timing of the California victory, coming right after Washington, and the size and influence of the state inspired suffragists around the country and significantly increased national attention to the issue. The victory allowed California’s 600,000 women to vote, doubling the number of women voters nationwide. California suffragists used innovative methods of bringing public attention to their cause, including repetitive attention-getting advertisements as diverse as printed grocery bags, postcards, and electrical signs. They also built on ideas from Europe and the East Coast, such as rallies, street speaking, automobile tours and large-scale press and publicity work. These tactics brought the issue more firmly into popular culture.

The 1911 drive actually began right after the 1896 California campaign when the amendment lost 137,000 to 110,000. But even then, 44% of male voters in the state supported equal suffrage, although it was defeated nearly 3-1 in San Francisco. During the early 1900s members of the California Equal Suffrage Association tried unsuccessfully to push the issue of suffrage through the legislature, and in 1908 worked to have a woman suffrage plank included in the Republican Party platform. In 1910 a progressive Republican ticket was elected on a reform platform, and in early February 1911 the woman suffrage bill was finally passed by the state legislature. It was placed on the ballot as a Special Election in October along with 22 other proposed Constitutional amendments.

The California campaign was educational, hopeful, and good-natured rather than critical. The belief of the suffragists was that most California voters were not opposed to suffrage, but had not seriously thought about it. They equated woman suffrage with morality and denial of the vote with immoral behavior, a tactic that proved essential in swaying the rural vote. The Political Equality League, founded by John Hyde Braly, helped to push the amendment through by recruiting men to speak on its behalf and work to push the bill through the legislature. The California suffrage movement also used women and trade representatives as speakers, helping to gain support of male workers, especially those in unions.

The use of automobiles was innovative and essential in transporting speakers and materials around the state. Speakers used the automobiles as their stage, using the interest that the novelty of the machines generated to gather a crowd. Notable female leaders included Elizabeth Lowe Watson, Clara Shortridge Foltz, Mary McHenry Keith, and Lillian Harris Coffin. Many suffragists from other states traveled to California to aid in the campaign, including Jeannette Rankin, Margaret Haley, Gail Laughlin, Helen Hoy Greeley, Helen Todd, and Catharine Waugh. There were also several notable male supporters, such as Mark Twain, Luther Burbank, Henry George, George Sterling, Jack London, Joaquin Miller, Frank Norris, David Starr Jordan and Congressman William Kent.

On Election Day, the suffragists stationed watchers at the polls to keep tally of the votes, and hired Pinkerton guards to watch the vote vaults in San Francisco and Oakland to prevent tampering. Returns posted for San Francisco showed the measure to be soundly defeated, and suffragists believed the outcome already determined until votes from rural counties turned the tide. The measure passed by 3,587 votes, an average of a one-vote majority per precinct.

Shortly after the successful election, a delegation of California suffragists journeyed to the annual convention of the National American Woman Suffrage Association and shared their tactics and strategies with activists from around the country, leading to many more state suffrage successes in the following years. Organizers who were active in California brought the new ideas and methods back to their home states, and then to others. After the California victory in 1911, there were six state drives in 1912, and seven in 1914. After thirteen contests in three years, suffragists won the vote for women in five new states.

The victory of California women gave the national suffrage movement the momentum to build from that point forward until the passage of the 19th amendment to the Constitution in 1920. In the words of suffragist Selina Solomons, “It is to these ‘few who always do the work,’ that the women of California are today indebted for their political freedom.[…] It was by the genius of eternal patience, the wise leadership, the political sagacity and statecraft, the self-sacrifice of many years, that the battle was won.” Not only the women of California, but the women of the United States should remember and commemorate the passage of woman suffrage in California on October 10, 1911, as the victory that turned the tide in the struggle for the vote.

This summary was prepared by Elena Perez, from the California National Organization for Women and was primarily drawn from “Winning California for Woman Suffrage” an article by Robert Cooney obtained from the National Women’s History Project, 2001.