Books About Local Women in Politics 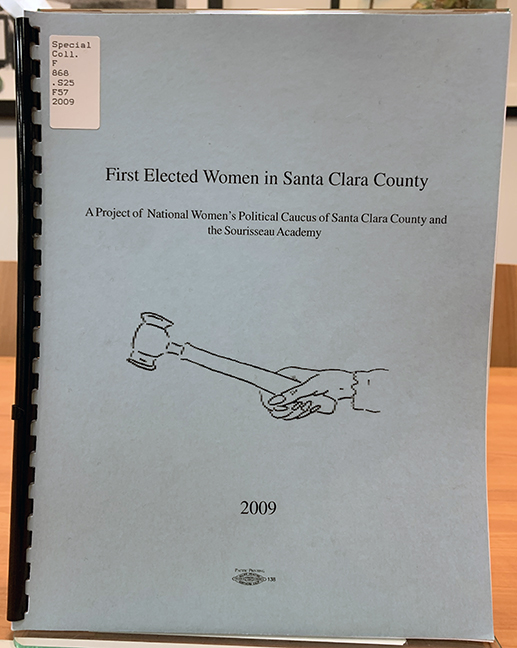 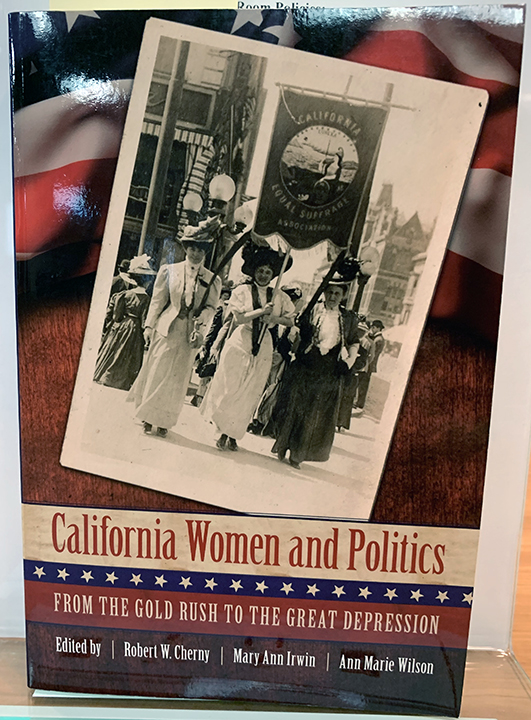 Women in Politics in the South Bay

Note: This is by no means a complete overview of all women in politics in the South Bay Area. The women included have materials housed at SJSU's Special Collections & Archives, and were part of the 2020 MLK Library exhibit "100 Years of Women's Suffrage in the South Bay." 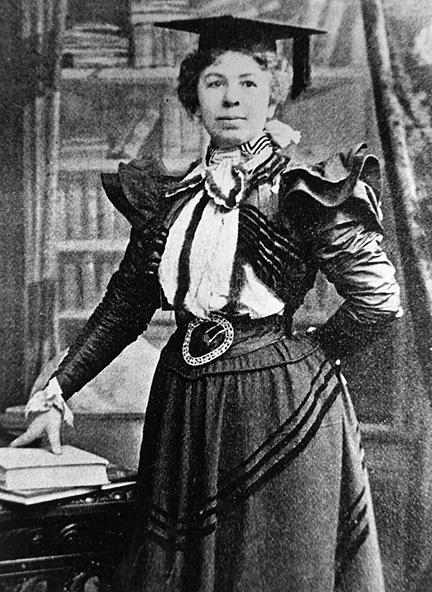 Clara Shortridge Foltz was a lawyer and suffragist. She lived and worked in San José beginning in 1874. Foltz achieved fame for her many ‘firsts,’ noted below:

First woman appointed to the State Board of Corrections

First woman to run for Governor of California 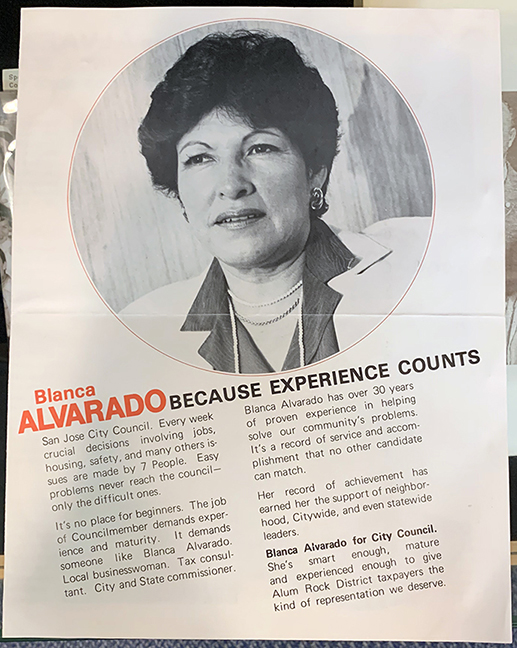 Blanca Alvarado is a former San José Councilwoman and Vice Mayor, and a community activist. In 1980, Blanca was elected to be the first representative of District 5 in the San José City Council. She remained the representative for East San José until 1994. As a City Council member, Blanca fought for equal representation for the Chicanx community in San José. Major projects and central issues from her time in City Council include the revival of the Poco Way neighborhood, the installment of the Quetzalcoatl statue in Plaza de Cesar Chavez, the creation of the Mexican-American Community Services Agency (MACSA) Youth Center, arts, housing, and youth issues. During her time in the City Council, she also worked to establish the Mexican Heritage Plaza and Corporation. Nine years into her career in the City Council, Blanca became the first Latina Vice Mayor in San José and went on to serve two terms. In 1995, Blanca was appointed to take the vacant seat in the Board of Supervisors left by Zoe Lofgren and was elected to this position in 1996. Blanca spent the next 12 years as the representative for District 2, which is composed of Downtown San José, South San José, East San José, and parts of Willow Glen and Evergreen. In this office, Blanca continued her efforts to foster the arts in San José, advocate for youth and minorities, and fight for other social and environmental justice issues. Blanca retired from the Board of Supervisors in 2008. 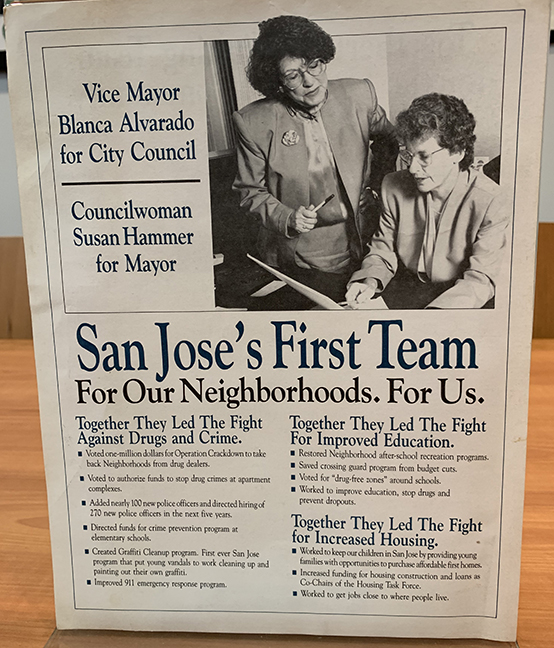 In 1974 Janet Gray Hayes became mayor of San José, California and the first female elected to the office of mayor of a large American city. She was overwhelmingly reelected to a second term, and served as mayor until 1982. Prior to her groundbreaking election in 1974, she won a seat on the San José City Council and also served as vice mayor. During her tenure as mayor she focused on urban development issues and smart growth planning, and was very responsive to increased citizen access to the mayor's office. Hayes became an important role model for women in politics, her success in government represented a watershed for politically minded women in the region, and the Santa Clara Valley became known as the "Feminist Capital of the World."

Iola Williams was an American politician, public official, civil rights activist and museum executive. In 1979, Williams became the first African-American to join the San José City Council, an office she held from her appointment in 1979 until her retirement from council in 1991. During this time, she also served as the Vice Mayor of San José for two terms.

In 1980, shortly after joining city council, Williams received and completed a U.S. Department of Housing and Urban Development (HUD) fellowship to the John F. Kennedy School of Government at Harvard University.

According to Ken Yeager, a former member of the Santa Clara County Board of Supervisors who worked on Williams' political campaigns for school board and city council during the 1970s, "Iola was a pivotal figure in the civil rights movement... As the first African American to serve on the San José City Council, she led the way for other minorities to run for office." Yeager also praised her contributions to equal rights, noting that, "She was so open and so friendly and someone who just had a remarkable moral compass at a time when there was still a lot of controversy over women’s rights, African American rights, gay rights." In 1986, when a local gay rights organization called Bay Area Municipal Elections Committee (BAYMEC) held in its first dinner, Iola Williams was the only elected official to attend the event. 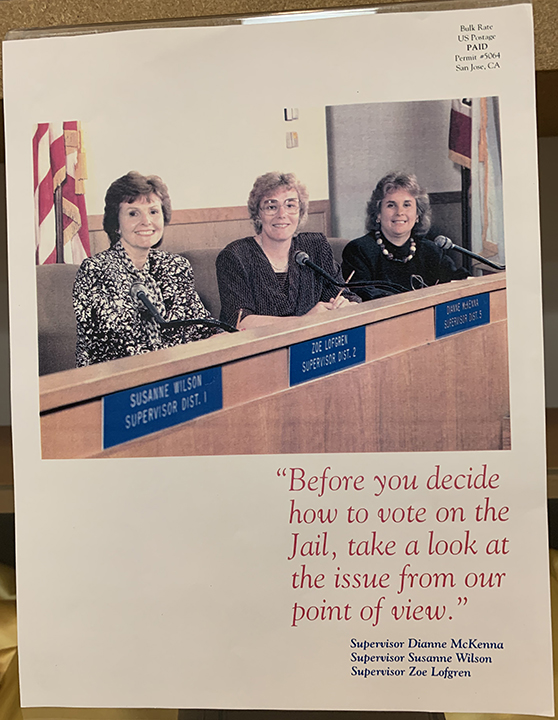 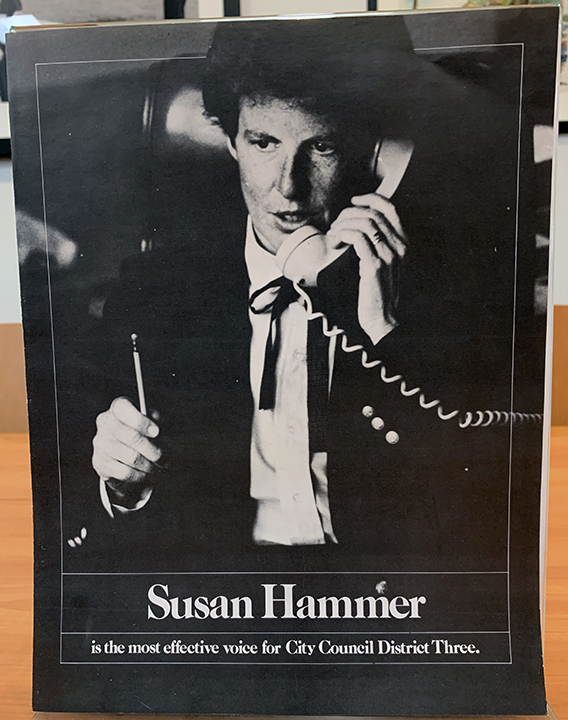 Hammer was elected to the San José City Council in 1982 and again in 1986. As a Council Member, Hammer focused her energies on housing, education, and childcare. From 1987-1988, she co-chaired the Housing Task Force and Emergency Task Force on Homelessness. In 1990 Hammer ran for the office of mayor and faced a heated and close race against opponent Frank Fiscalini. Hammer won by a slim margin of 1,263 votes and became the 62nd mayor of San Jose.

Mayor Hammer is perhaps best known for her commitment to community development. Hammer's administration focused on community improvement. To this end, she increased funding to educational programs, worked to decrease violent crime and stop gang activity, formed relationships with minority groups, focused on the needs of individual neighborhoods, and continued her long-term support of the arts.