For research, teaching, and curriculum related questions, contact one of your subject liaison librarians. We are here to help you. 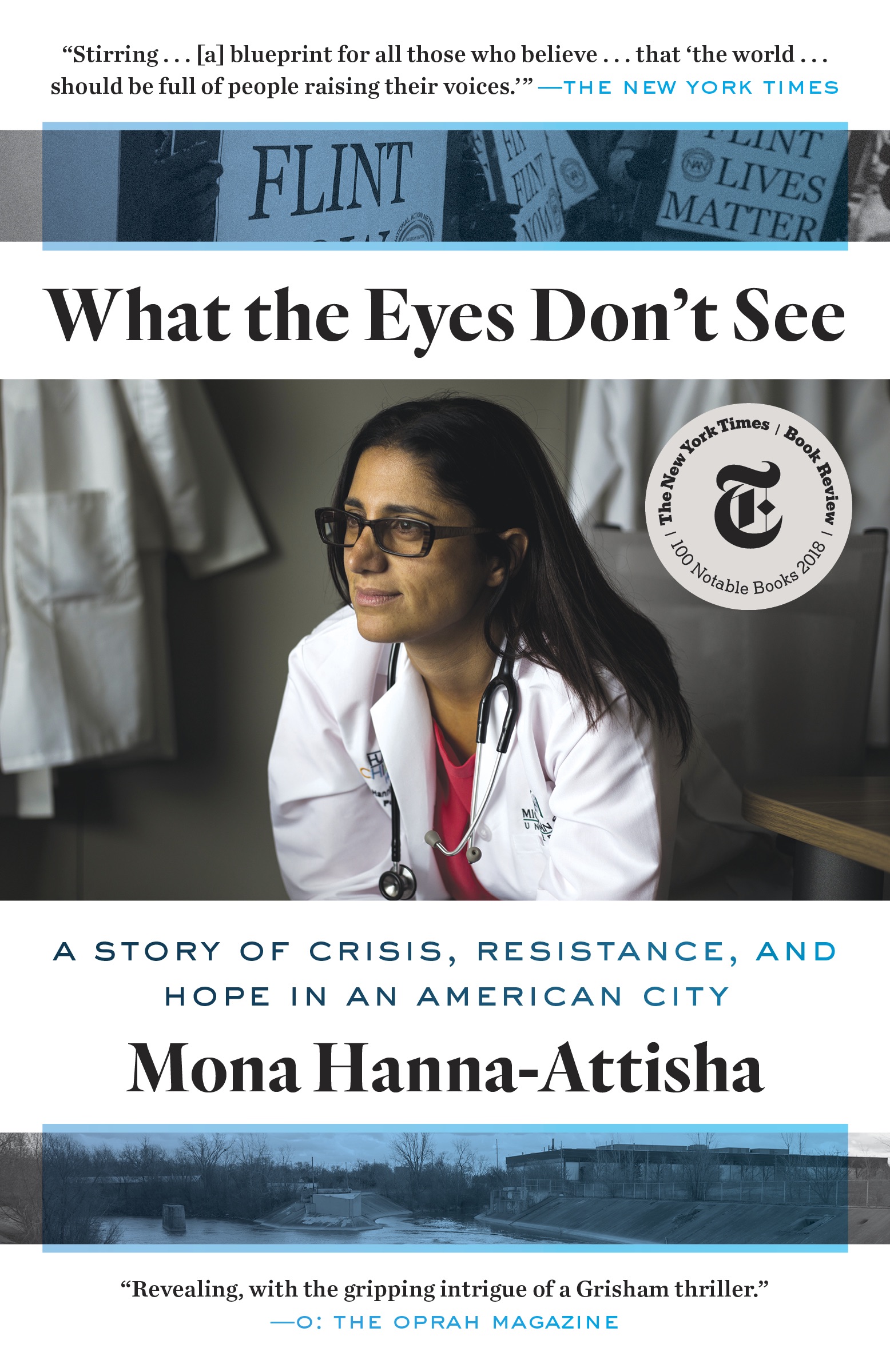 What the Eyes Don't See: A Story of Crisis, Resistance, and Hope in an American City, by Mona Hanna-Attisha, is SJSU's Campus Reading book for the fall 2020 incoming class of first-time freshmen. What the Eyes Don't See tells the inspiring story of how Dr. Hanna-Attisha, along with a team of researchers, parents, friends, and community leaders, discovered that the children of Flint, Michigan, were being exposed to lead in their tap water—and then battled their own government and a brutal backlash to expose that truth to the world.

Paced like a scientific thriller, What the Eyes Don’t See reveals how misguided austerity policies, broken democracy, and callous bureaucratic indifference placed an entire city at risk. At the center of the story is Dr. Mona herself—an immigrant, doctor, scientist, and mother whose family’s activist roots inspired her pursuit of justice.

Information about speakers, reading discussion groups, and other events related to What the Eyes Don't See will be posted soon.

Mona Hanna-Attisha, MD, MPH, FAAP is founder and director of the Michigan State University and Hurley Children’s Hospital Pediatric Public Health Initiative, an innovative and model public health program in Flint, Michigan. A pediatrician, scientist, activist and author, Dr. Hanna-Attisha has testified three times before the United States Congress, awarded the Freedom of Expression Courage Award by PEN America, and named one of Time magazine’s 100 Most Influential People in the World for her role in uncovering the Flint Water Crisis and leading recovery efforts. She has appeared on CNN, MSNBC, BBC and countless other media outlets championing the cause of children in Flint and beyond. She is founding donor of the Flint Child Health and Development Fund (flintkids.org).

Despite complaints from Flint, Michigan, residents, the city's emergency manager and state government insisted that the city's municipal water switch from Lake Huron to the Flint River hadn't caused any problems. However, the city did not use corrosion control, and soon lead from the old pipes began leaching into the water at extremely high levels. When she learned in August 2015 that the water wasn't safe, author Hanna-Attisha, a pediatrician and researcher, first thought of her patients. Knowing the devastating effects of lead on childhood development, she began organizing a study of lead levels in children's blood before and after Flint switched its water source. Despite resistance from the state to share data, her research became key to proving the Flint water was unsafe and that the government had been denying the crisis for more than a year. Hanna-Attisha infuses her story with context from her own family history, the development of public health as a field, and background on political changes in Michigan. Told with passion and intelligence, What the Eyes Don't See is an essential text for understanding the full scope of injustice in Flint and the importance of fighting for what's right.--Laura Chanoux

SJSU University Library owns most of the books listed below. Click on the links to get locations of books in the library. Amazon link is provided for the titles the library does not own. Enjoy a good read!!!

Look forward to seeing you at the campus-wide events!!!

Join Dr. Mona Hanna-Attisha in a discussion of her book, What the Eyes Don’t See, moderated by Dr. Monica Allen, who coordinate's SJSU's Public Health Master's program. Share your ideas about the book and submit questions for Dr. Mona in advance of the talk.

Provost Del Casino and Professor Cushing will share their perspectives on What the Eyes Don’t See and talk with students, faculty, and staff about health and environmental issues.

On the Topic of Immigration...

In 2004, four Latino teenagers arrived at the Marine Advanced Technology Education Robotics Competition at the University of California, Santa Barbara. They were born in Mexico but raised in Phoenix, Arizona, where they attended an underfunded public high school. No one had ever suggested to Oscar, Cristian, Luis, or Lorenzo that they might amount to much―but two inspiring science teachers had convinced these impoverished, undocumented kids from the desert who had never even seen the ocean that they should try to build an underwater robot.

And build a robot they did. Their robot wasn't pretty, especially compared to those of the competition. They were going up against some of the best collegiate engineers in the country, including a team from MIT backed by a $10,000 grant from ExxonMobil. The Phoenix teenagers had scraped together less than $1,000 and built their robot out of scavenged parts. This was never a level competition―and yet, against all odds . . . they won!

But this is just the beginning for these four, whose story―which became a key inspiration to the DREAMers movement―will go on to include first-generation college graduations, deportation, bean-picking in Mexico, and service in Afghanistan.

Joshua Davis's Spare Parts is a story about overcoming insurmountable odds and four young men who proved they were among the most patriotic and talented Americans in this country―even as the country tried to kick them out. 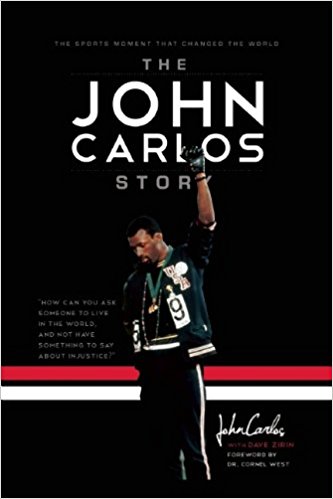 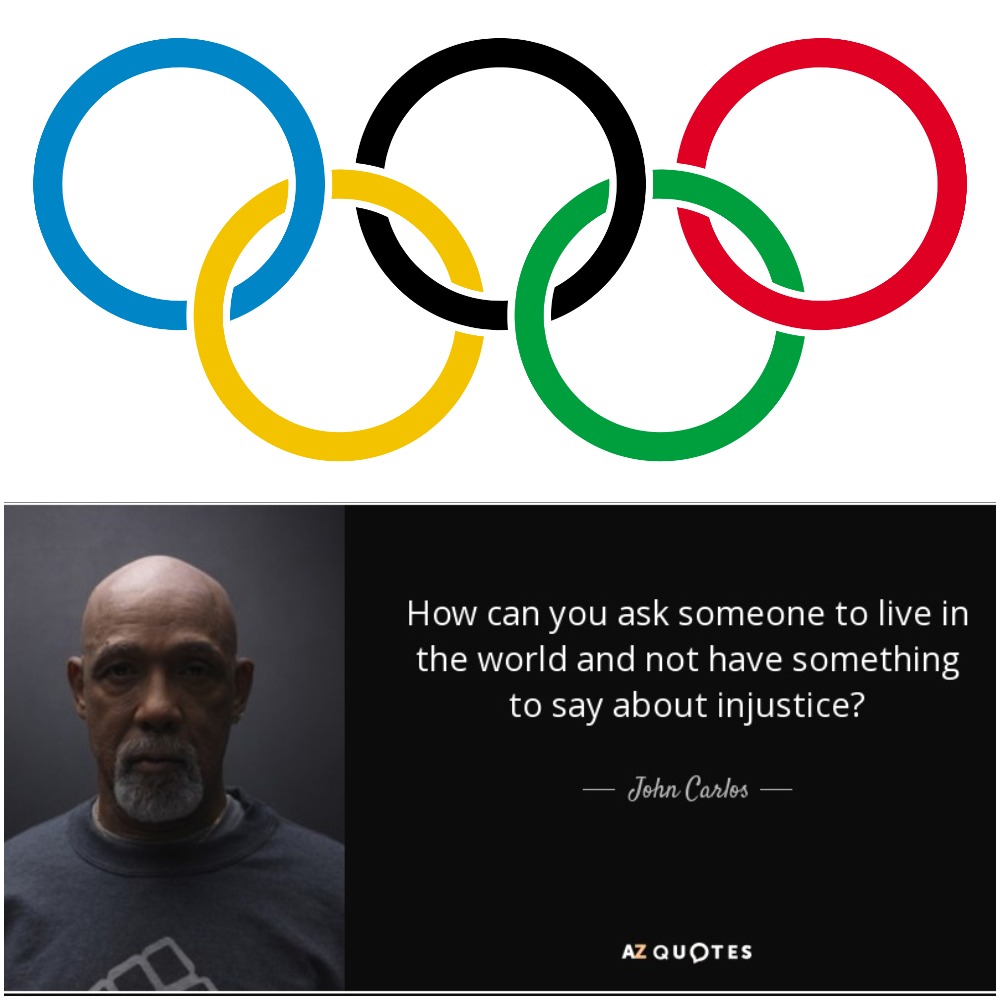 The John Carlos Story: The Sports Moment That Changed the World

"A powerful and poignant memoir."—Cornel West, from the foreword

Seen around the world, John Carlos and Tommie Smith's Black Power salute on the 1968 Olympic podium sparked controversy and career fallout. Yet their show of defiance remains one of the most iconic images of Olympic history and the Black Power movement. Here is the remarkable story of one of the men behind the salute, lifelong activist John Carlos.

John Carlos is a former track and field athlete and professional football player, and a founding member of the Olympic Project for Human Rights. He won the bronze medal in the 200-meter race at the 1968 Olympics, where his Black Power salute on the podium with Tommie Smith caused much political controversy.

Dave Zirin is the author of four books, including Bad Sports: How Owners are Ruining the Games We Love, A Peoples' History of Sports in the United States, and What's My Name, Fool? 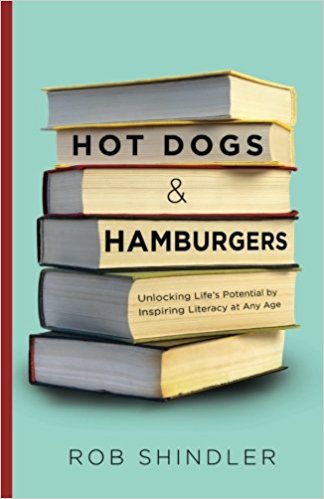 Hot Dogs and Hamburgers: Unlocking Life's Potential by Inspiring Literacy at Any Age is the heartwarming story of Rob Shindler, a father who wanted to help his son with his reading challenges. Shindler discovered the way to that goal was through volunteering at the Literacy Center of Chicago. There, he learned firsthand how ridiculous the common misconceptions are about learning disabilities and adult low literacy. The assortment of students he taught were ambitious people who were eloquent, driven, clever, and so funny they made him laugh out loud. Here, Rob shares his students' pain and humiliations, frustrations and hopes. Hot Dogs & Hamburgers demonstrates that literacy issues reside in all neighborhoods and that its victims are committed to finding dignity and life's possibilities through learning to read.

Rob's teaching experiences are so motivating and rewarding that once you've read his story, you're likely to begin your own journey as a literacy tutor. His hope is that Hot Dogs & Hamburgers will bring an awareness of adult low literacy and slow that judging process down.
—UCC Resources